What makes Nepal so unique?

Nepal is the only country in the world with such large variations in landscape and climate so close together! The distance between the giant Himalayas in the north and the tropical lowland Terai in the south is less than 200 km. The biodiversity is therefore extremely great.

From kingdom to republic

Nepal was a closed kingdom for centuries. The national borders were opened about 60 years ago. Much of the ancient culture remains unchanged. Nepal was the world’s only Hindu kingdom until 2008 when the country became a republic. However, an agreement on the government has not yet been reached.

Nepal is one of the smaller countries in Asia, and is slightly larger than the U.S. state of Arkansas. It is approximately 800 km wide from east to west, and approximately 200 km long from north to south. The country shares borders with China (Tibet) to the north and India to the south. Large portions or Nepal are only accessible by foot.

The name Himal Alaya comes from Sanskrit and means “Abode of Snow”. The highest mountains in the Nepali area of the Himalayas are:

The official language is Nepali. Many Nepali people can understand and speak Nepali. English is also generally spoken in the more densely populated areas. Additionally, Nepal has dozens of local languages and dialects.

Agriculture, trade and tourism are the main sources of income in Nepal. The climate is favorable for the cultivation of cotton, tea, rice, vegetables and fruit. Traditionally there is trade with Tibet. Illiteracy is still common in Nepal, as is child labor.

Hundreds of bird species, large and small wild animals, butterflies and other insects can all be found in Nepal; from the snow leopard and the tiger to the mountain marmot and the rhino. Hundreds of types of trees and shrubs, exclusive mountain plants and tropical orchids also call Nepal home. The biodiversity in Nepal is unimaginable thanks to the large differences in altitude and the difficult living regions. You can read more about Nepal by visiting diyonepal.nl 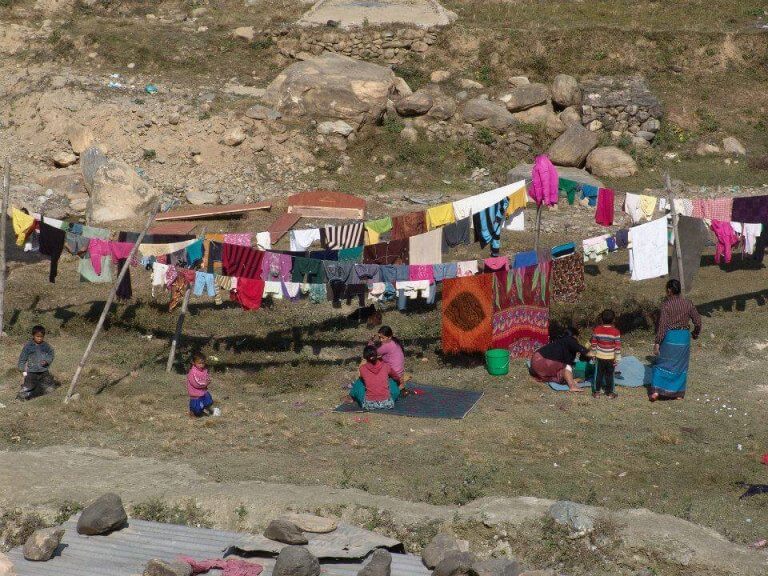 Pure Nepal is based in the Nepali capital of Kathmandu, the only real large city in Nepal. Durbar Square can be found in the heart of the old city. With its countless old streets, markets and traditional shops, temples and rich culture, the city of Kathmandu alone is worth the journey! Kathmandu also has all of the facilities of a modern city and Nepal’s only international airport is nearby.

Near the Kathmandu Valley

Pure Nepal will gladly arrange your overnight stay in Kathmandu. You can choose anything from a simple hotel to a five star resort in a unique location. You can also choose to stay in a Buddhist monastery or with a family in their home. Tell us your wishes and inquire about the options!

The possibilities are endless.

Pure Nepal will arrange everythinh to your wishes!

The weather in Nepal

Nepal has a range of very different climates in a small area. The weather forecasts for other parts of Nepal differ from the capital Kathmandu’s forecast.

The weather during treks, tours and expeditions

We are affiliated with